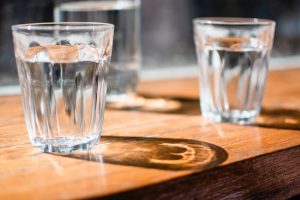 SINGAPORE — Alkaline water systems are gaining popularity in Singapore, with companies recording annual jumps in sales of up to 30 per cent over the years.

But even as the popularity of these machines climbs, the Consumers Association of Singapore (Case) called out the “unfair practices” of one such company, Triple Lifestyle Marketing, about two weeks ago. The firm sells long-term maintenance service packages, costing around S$3,000, for alkaline water systems.

In an alert on Feb 23, the consumer watchdog said the company drew nearly 90 complaints from consumers in the past year over misleading claims, poor service and unsatisfactory recourse for faulty products.

While more alkaline water systems have found their way into the homes of consumers in Singapore, experts are divided on their health benefits, telling TODAY there are no clear advantages from consuming alkaline water vis-a-vis regular drinking water.

Alkaline water has a higher pH level than regular water. pH is a measure of how acidic or alkaline a solution is.

Proponents of alkaline water believe it can neutralise acid in human bodies, though the science around this is still unclear.

Professor William Chen, director of the food science and technology programme at Nanyang Technological University, said: “As minerals are usually found in alkaline water, such as calcium, potassium, magnesium and bicarbonate, there may be benefits to supplement our body’s deficiency in minerals.

“But these minerals are also present in our diet already, thus making drinking alkaline water less critical for the purpose of replenishing minerals.

“In the absence of any conclusive evidence in large human trials, there is no clear need to drink alkaline water, which costs more than tap water.”

While some benefits may have been shown in small groups, Prof Chen said conclusive evidence is needed from large human trials.

“The minerals that we claim are in our filters are supported with independent lab reports, and these reports also assure our customers that our water does not contain contaminants by heavy metals,” he said.

Mr Tan acknowledged, though, that the benefits of alkaline water have not been scientifically established.

“The most important thing is that if you are a user, you drink our water, and then you can testify that it is true that your energy levels are better, that you fall sick less often, and that for people who are suffering from some ailments, you realise it’s less severe.”

Business owner Marvin Tan, 42, has been drinking alkaline water for the past two years. Before he bought the water system, he drank mineral water from brands such as Evian.

“Getting the system is much cheaper than buying bottled mineral water,” he said.

“One to one-and-a-half hours after intensive endurance training, I feel fatigued when I drink normal boiled water from the tap, but with mineral water and now alkaline water, it helps me feel more hydrated.”

As people are more health-conscious these days, demand for alkaline water systems is on the rise, businesses said.

These machines cost anywhere between S$500 and S$7,500, depending on their make.

Sales at AOX have risen between 20 and 30 per cent year over year since it began selling such systems in 2009.

Sixty per cent of its customers are households and the rest are corporate clients.

At Purity Singapore, another seller of alkaline water systems, sales have gone up about 20 per cent each year since 2014.

Said its director Thomas Goh: “At the end of the day, nobody will pay for something they cannot believe in.”

Mr Brandon Lim, marketing manager at water filtration company Hydroflux, said that his firm has also seen about a 20 to 30 per cent increase in sales of its alkaline water systems each year since 2012.

Water and air filtration company Tomal Global also reported yearly increases in demand for alkaline water of between 20 and 25 per cent since 2016.

The Japanese brand has been manufacturing alkaline ionisers and water filtration machines for nearly 47 years.

Mr Liew said that his company’s policies prohibit distributors from making medical, curative or treatment-related claims, whether express or implied.

Experts told TODAY that there are health benefits from drinking water to stay hydrated, no matter its alkalinity.

Dr Liu Mei Hui, a senior lecturer in the department of food science and technology at the National University of Singapore, said: “Alkaline water, when consumed, will go through the stomach. Our stomach’s pH is already acidic. Thus it is unlikely there are benefits from its alkaline properties.

“Drinking water to stay hydrated has its benefits. Thus any benefits… come from drinking water, not because of its alkalinity.”

“Your stomach will reacidify the alkaline water before you get to enjoy the promised health benefits. What ends up getting absorbed into the body, regardless of the pH level, would only be the H2O (water) molecules.”

Dr Fahir said that alkaline water is “fine” for consumption, unless one has a kidney condition.

The additives that make water alkaline could have negative side effects on the kidneys. He advised people with chronic kidney disease or who are on medication that affects their kidney function to consult a doctor before drinking alkaline water.

Ultimately, Dr Fahir said there is no major health benefit that should encourage everyone to switch to alkaline water.

“Plain water is equally effective in providing the hydration we need.”